Rachael Stevens was 17 years old when she attempted to take her own life.

She was found by a friend who took her to hospital. It was on the way, almost too late, that she first thought the decision she’d made might have been the wrong one. 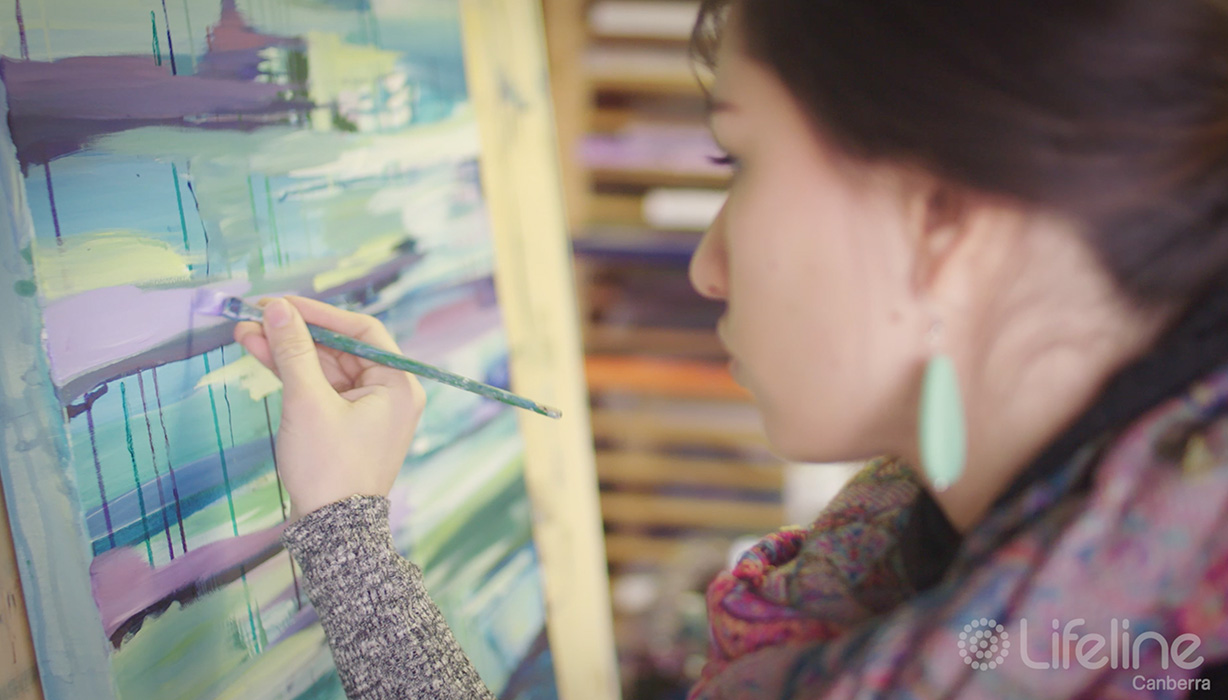 Ms Stevens is now 25, and she’s finally happy. She constantly looks back on the life she would have missed if that day had turned out differently.

Every day since she has made the decision to stay, even when life was tough.

Ms Stevens now shares her story with school-aged young people in Canberra and across Australia to show them there is a way back from the ledge, and to help them see things do get better.

Ms Stevens credits her social worker who “spoke life” into her when all her thoughts were negative.

“She would constantly be like, ‘You have a future, there are all these things you love doing’, just constantly reminding me and reminding me that this is just a moment, it’s not everything. Because you really feel like that,” she said.

Ms Stevens said she felt like she could make rational decisions that day, but looking back she realises so many things affected those choices.

“I woke up in the morning and my sister was there,” Ms Stevens said with tears in her eyes.

“I just realised how blind I was, that I could have thrown everything away and there were people that mattered so much and I didn’t see it.
“I was so … embarrassed doesn’t cut it. I was ashamed.
“I think there’s a lot of humility required in not judging yourself and not hating yourself for making such a bad decision.”

Ms Stevens said she continued to struggle with her mental health after that day, but it has become easier to manage as she gets older.

She said the experience made her realise that life is fragile.

Now at 25 years of age, Ms Stevens said she could have never have dreamt what life would hold for her. She said that experience was a short part of a long life, even though it didn’t feel like it at the time.

“Life has changed so dramatically, and I didn’t anticipate that. I didn’t know that.”

Ms Stevens wrote a book about her struggle with anorexia and mental health. She now finds strength in the past, in what were her weakest days.

Headspace chief executive Jason Trethowan said it’s “extremely important” to talk about suicide in ways that “can help people think about the devastating and far reaching impact it has on others”.

“There is no evident that suggests asking a young person about suicidal thoughts or behaviours is harmful or put the ideas in their heads, there are just different ways of going about that,” he said.

“Suicidal thoughts are very common among young people, and the research shows clearly that talking about it in a safe way is a positive thing.”

Mr Trethowan said talking about suicide ideation was becoming increasingly common among young people, their family and friends because the suicide rate continued to increase, and there are more people touched by suicide.

“Talking about suicide isn’t something we should shy away from,” he said.

“I hope Rachael’s message changes one person’s thoughts. That would be a great result.”

With thanks to the Canberra Time 19 August 2017

If it is a life-threateningemergency, call 000