The fourth annual Winter Solstice Nude Charity Swim has so far raised $16,500 for Lifeline Canberra despite COVID-19 restricting the event to two swimmers.

The event which marks the winter solstice and raises money for charity was held at sunrise on Sunday 21 June at Yarralumla Bay, Lake Burley Griffin.

Ben Johnston, Chairperson of the Winter Solstice Nude Charity Swim said it great to raise so much money given the restrictions in place.

“The Canberra community has really come together to support the swimmers and Lifeline Canberra, even though they weren’t able to participate,” Mr Johnston said.

“We had a record 170 people swim last year and we were expecting between 350 and 400 this year, so while it was frustrating we couldn’t do that, it was great we were able to do something to support Lifeline’s great work.”

The two swimmers who braved the chilling waters this year were originals from the first swim, Peter Lindeman and Geoff Arney.

The temperature for the swim was a relatively balmy seven degrees, about ten degrees higher than the year before!

Peter Lindeman said that it was definitely warmer on the land this year, but the water temperature was still just as cold.

“You can’t hang around in the water too long!”

“The warmer temperature did mean my feet didn’t stay numb all day this year, which was a good result!” Mr Lindeman said.

The swimmers were treated to a bagpipe anthem before disrobing and getting into the lake for their early morning swim, before retreating back to the safety of the fire.

“There has never been a more important time to raise funds for mental health and we’d encourage people to continue to keep donating, particularly in the lead up to the end of the financial year as deductions are fully tax deductible.”

Mr Johnston said he looked forward to welcoming back everyone to the water next year. 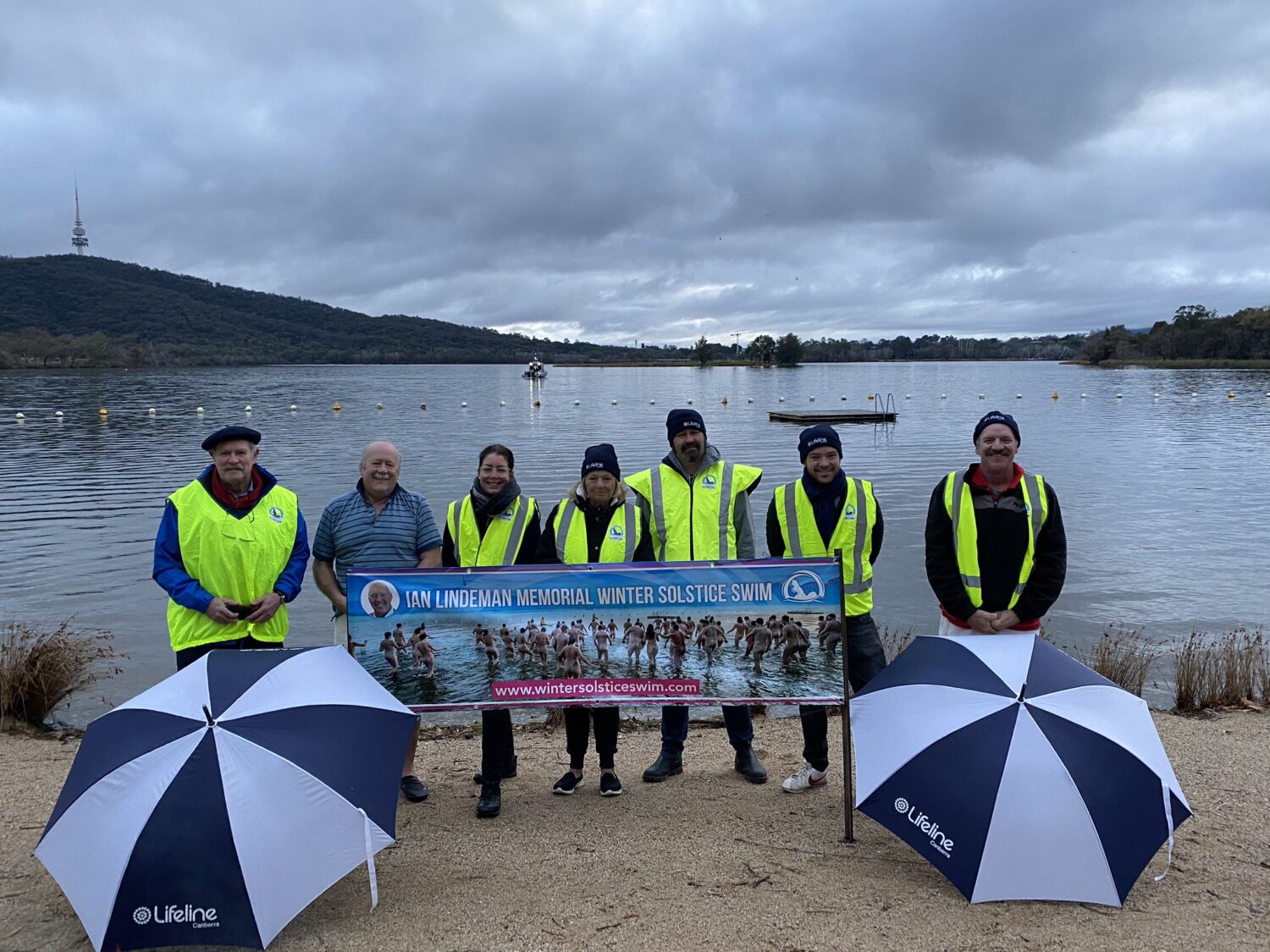